The history of the Mar Thoma Church in the North American continent represents the dreams and aspirations of the immigrant community from Kerala, India.  The initial Mar Thoma Church in North America, started as a small prayer group in Queens, New York in the year 1972, which was later recognized and approved as the first parish in the year 1976.  Since then, the churches grew, and the diocese was formed.

The Diocese of North America and Europe has existed for the past 30 years.  Though an immigrant church, the church has been contextualizing its ministry in this diocese, while keeping the ethos and traditions of Mar Thoma Church, founded in Kerala, India.

The Diocese is presided by the Diocesan Bishop, Dr. Isaac Mar Philoxenos.  The Diocesan Assembly is the representative body of the churches within the Diocese.  Currently, Rev. Manoj Idiculla serves as the Diocesan Secretary. 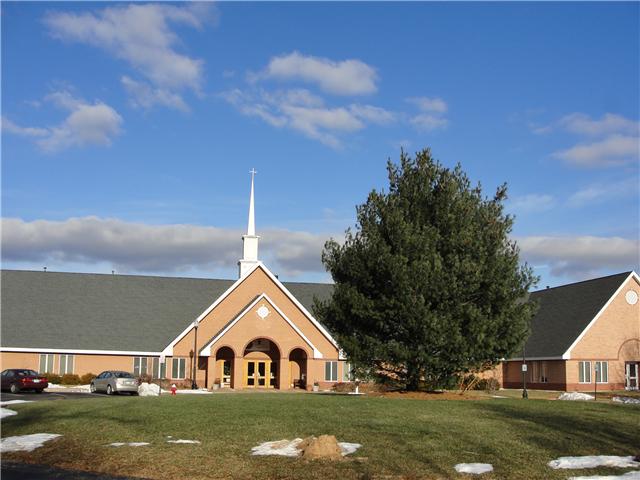 Immanuel Mar Thoma Church, Virginia is a parish of the Malankara Mar Thoma Syrian Church, Kerala, India. The congregation was approved as a new parish of the Malankara Mar Thoma Syrian Church of Malabar effective April 15, 2010, by the Synod which met on February 22, 2010. The church currently conducts its worship services at the Community Lutheran Church, located in Sterling, Virginia.  Immanuel Mar Thoma Church is blessed with the generous support of the Pastors and the congregation of Community Lutheran Church for their continued support and generosity.

Rev. Alex Kolath Achen as our current Vicar. Achen along with Priya Kochamma and their two sons are serving the parish since 2016.

Following Vicars has ministered our parish since its inception:

The logo of the Mar Thoma Church consists of a shield emblazoned with a Christian cross with the representation of the Ashoka Chakra at its centre. It is flanked on the right and left by a lotus and a hand lamp respectively. The motto;Lighted To Lighten; is written in English above the cross. The official color of the logo is red.

The role of the church is to spread the good news of the gospel of Jesus Christ. Every believer and member of the Church here in their position, wherever they are, are given the light so that they can lighten others.

The cross placed in the centre represents the centrality of Jesus Christ in the church and its mission. It is a proclamation that God (Purusha) himself came and atoned for all mankind and the redemption is freely available by faith in Jesus Christ without regard to any form of karma.

The Ashoka Chakra is the symbol of India and represents the Indian roots of the church. Traditionally the Chakra as presented by the Emperor Ashoka, was a symbol in denoting the Wheel of Life and Cosmic Order (or Dharmachakra). By placing the wheel at the heart of the Cross, it is a declaration that life finds its ultimate salvation in the atoning sacrifice of Jesus once and for all. It symbolises the completion and closing of the wheel of life for all those who follow the Bhakthi Marga (path of righteousness) in Jesu Maseeh (Jesus Christ).

The hand lamp represents the lamp that is carried in all believers. It reminds all believers to be the light of the world and act as a witness to give the light of salvation for others in their daily life. It also seeks to remind to pay diligent attention to the study of the word of God.

The lotus represents holy living and is traditionally part of the offering of sacrifices of praise and adoration in the Indian tradition to God. It reminds believers to live holy despite the circumstances around them and exude the fragrance of God.

Story behind the Logo

Past Milestones
February 2017 – Settlement of Land at Destiny Drive in Aldie VA.

“Unless the Lord builds the house, the builders labor in vain.” - Psalms 127:1